Plastic Bag Bans in the News

After the City of Santa Cruz banned single-use plastic bags this past July, a lobbying group representing plastic bag manufacturers has filed a suit challenging the ban. The Santa Cruz Sentinel reports that:

In related news, Santa Cruz County plans to revisit whether or not to include restaurants in the county’s plastic bag ban.

The county Board of Supervisors is scheduled to hold a public hearing on September 25 on reinstating a ban on plastic bags for takeout food. The original proposed law that went into effect back in March included restaurant bags, but that was removed during settlement negotiations to help resolve a lawsuit.

“The action we took almost a year ago was, in my view, a complete solution, and we backed off under threat of litigation,” said county Supervisor Mark Stone, author of the bag ban. ”I think it’s time to complete that action that we started.”

Here’s some good news from Illinois: plastic bag lobbyists tried to get legislation passed earlier this year that would have prevented cities and towns in Illinois from banning plastic bags and imposing fees on their use, but thanks to an enterprising and tenacious teenager named Abby Goldberg, Governor Pat Quinn vetoed it. Read the Chicago Tribune’s report here. 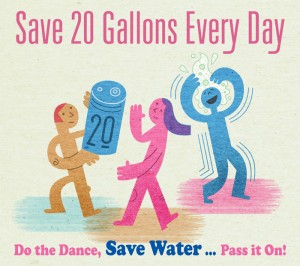